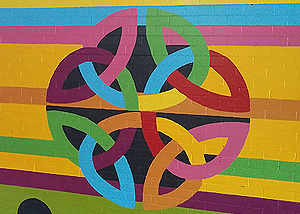 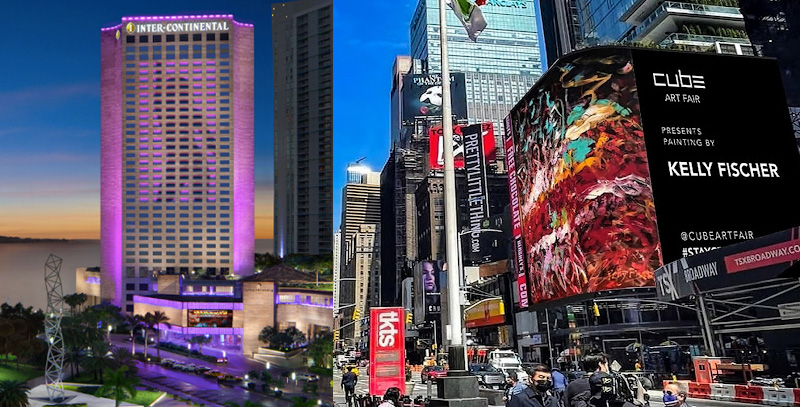 PRESS RELEASE: After the first-of-its-kind NFT Art Fair in New York, Cube Art Fair transforms the streets of Miami into a living canvas for NFTs at an unprecedented scale.

Bolstered by the success of its first-of-its-kind NFT Art Fair edition last May 2021 in New York City, Cube Art Fair brings its innovative and exciting format to the streets of Miami from 1-5 December 2021.

Cube Art Fair has managed to pivot its in-person art fair to a one-of-a-kind NFT viewing experience throughout the streets of major art cities such as New York City, Miami, and Brussels. With its expansive reach as the World’s Largest Public Art Fair, showcasing artworks from established and emerging artists from around the World, Cube Art Fair aims to make NFT art more accessible to the public.

A ubiquitous NFT exhibition throughout Miami

Remaining true to its reach as the World’s Largest Public Art Fair, Cube Art Fair is once again making a strong visual impact during Miami Art Basel Week. On an unprecedented scale, the NFTs will be featured in the streets of Miami on 50 billboards in the Design District, Wynwood, and Downtown Miami. The centerpiece of the fair is a mural projection on the 400 feet tall Intercontinental Hotel, located at the Bayfront Park a few blocks away from the Perez Museum, where the NFTs will be mapped on the side of the building. In addition, all the screens located in the Miami Opa-Locka airport will be dedicated to Cube Art Fair‘s NFTs, in collaboration with the jet charter company Empressjet. Cube Art Fair program is designed to provide the public with greater accessibility to NFT artwork.

“We create an immersive viewing experience and an opportunity for the public to discover NFT artwork beyond their screens while also providing artists a platform to gain access to a wider audience,” says Gregoire Vogelsang, founder of Cube Art Fair and owner of the eponymous Vogelsang Gallery. “We are committed to continually remain creative in partnership with our artists. We are using the technology to empower artists and allow them to take control of their art and careers.”

The featured artworks from internationally renowned artists – among others – include:

Brett Ashby | Maureen Calgota | By Fez | Kelly Fischer | Carolyn Joe | Lisa Ledson | Nikki SF. The works are on view from December 1st to 5th,2021, and are accompanied by a QR code that leads viewers to a platform where they are available for purchase as NFT”s.

Photo credit: Courtesy of the Intercontinental

The rise of NFT art.
A non-fungible token (NFT) is a type of digital asset that represents real-world objects like art, authenticated and secured by blockchain. The recent explosion of interest in NFTs has been fueled by the global rise in the legitimacy of cryptocurrencies and the digital art boom, headlined by multimillion-dollar and record-breaking sales from artists such as Beeple and Pak auctioned at Christie’s and Sotheby’s.

On the horizon of Cube Art Fair’s 5th edition in 2020, the World stopped, making it difficult for the fair to host its annual in-person show. Instead of giving up, the team behind the show found a new way to keep art, hope, and inspiration alive.

Cube Art Fair, critically acclaimed as the World’s Largest Public Art Fair, transforms hundreds of billboards throughout New York City, Miami, and Brussels, into galleries featuring artworks created during the lockdown, in hopes to inspire millions of citizens to remain positive and artists to stay creative during uncertain times.

In its normal operation, Cube Art Fair is an in-person contemporary art fair with editions in Brussels and New York City. When Belgian gallery owner Gregoire Vogelsang started the Cube Art Fair in Brussels back in 2016, he never could have imagined what the World would look like now. After many successful editions in Brussels and New York, the fair had successfully created a network of artists, gallerists, and art collectors on both sides of the Atlantic. With his positive can-do approach, he has pivoted the fair and found a new purpose through NFTs, supporting its artists through visual impact. “Artists have not stopped creating, and the public demand to see art has not stopped either. It’s up to us to be imaginative and think outside of the box to connect both together,” concluded Gregoire Vogelsang.

All You Need now screening as a giant 400/ft tall

Always Neo and All You Need now screening as a gia

Wow so thankful and to my collectors ✌️ Thank

I am thrilled to announce a take over of Miami wit

All You Need 💫 Available Dec 1 on Opensea. Hold