The World’s Largest Public Art Fair is Back in NYC, Bringing Physical and NFT Works to the Public (May 18-22)

Beginning May 18 and running through May 22, Cube Art Fair is back with its iconic public art fair, featuring physical and NFT artwork across 100+ billboards across New York City, including a 15,000 sq/ft billboard in Times Square. Launched in 2016 with previous in-person shows in Brussels and New York City, Cube Art Fair introduced their Public Art Fair – an immersive digital experience on the streets of cities – during the pandemic in 2020, in order to enable the creativity of its artists to be featured despite the widespread interruption in the art fair schedule. What initially started as a solution, now become an exciting fixture in the art fair circuits.

This month, for their 9th edition, in an unprecedented scale, the artwork will be shared on over 100 kiosks, newsstands, bus stops, and billboards all around the city, including a giant 15,000 sq/ft billboard located in the heart of Times Square.

“As the art landscape continuously evolves, we continue to expand our platform to provide artists access to a wider audience. The art featured at Cube Art Fair, both physical and NFT works, has an impact beyond our shows in New York City, Miami, and Brussels, reaching and inspiring audiences from every corner of the planet,” says Gregoire Vogelsang, founder of Cube Art Fair and owner of the eponymous Vogelsang Gallery. All the featured artworks will be on view starting May 18, 2022, and will run through May 22, 2022. Each work is accompanied with QR code that leads viewers to a platform where the artists including Helmut Koller, Brett Ashby, Sophie Raskopf, Jean Marie Ghislain, Rubem Robierb, and Chadwick Arcinue, and more, can sell their works. 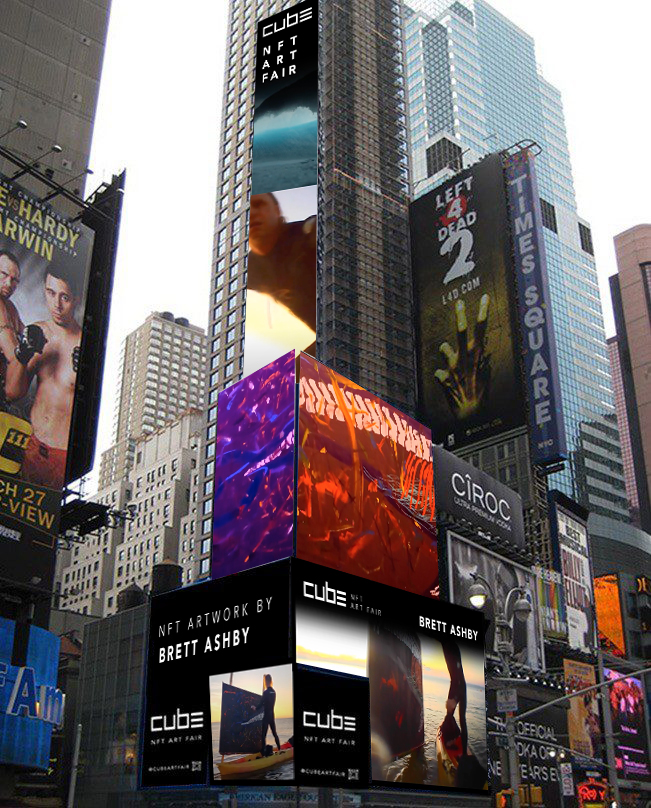